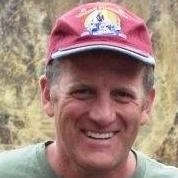 Patrick Hare’s first career was in the US Air Force. After a stint as an IT contractor in Maryland, he ended up in Madison as an IT developer and IT manager. After being placed in a number of project management (PM) positions, Patrick assumed an official PM role in 2011 – a position that he really enjoys. Prior to moving to campus’ Project Management Office in 2013, he was introduced to the world of Agile and Scrum. This opened a whole new world to him in how to help teams be more effective, and he’s now delivered Agile/Scrum Workshops to over 130 people. He holds a Project Management Professional (PMP) certificate from the Project Management Institute, a Certified ScrumMaster (CSM) certificate and a Certified Scrum Product Owner (CSPO) certificate from the ScrumAlliance, and a UW-Madison computer science degree.